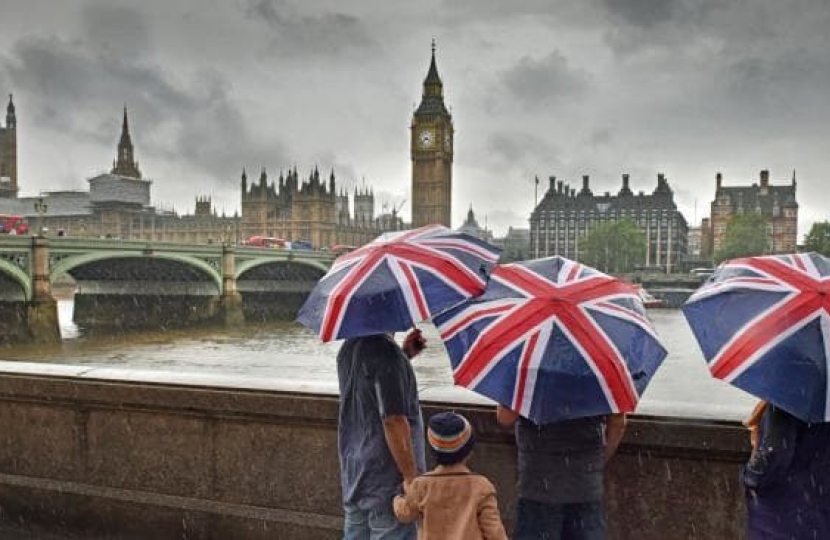 As I am sure you can imagine, I have received more correspondence on this issue than any that has come before. I am grateful for the hundreds of emails and letters sharing views, asking questions and encouraging me to support a variety of different proposals. These vary from supporting the Government’s proposal, to voting against it in order to either leave the EU with no deal (with a view to strike a harder Brexit), to negotiate a Norway Plus model, or hold a second referendum.

I understand and appreciate how emotive this topic is, and have taken the time to carefully consider every argument presented to me. At no given time during this process has there been a consistent majority in favour of any one possible scenario.

A number of factors must be considered. As a constituency, Bournemouth East voted 55% in favour of leaving the EU. In May 2017, the two main parties (82.4% of the electorate) stood on manifestos to honour a ‘smooth and orderly Brexit.’

I have always been clear on my position to respect the result of the referendum and ensure my constituents have reason to continue to trust the democratic process. In 2015 we knew this was an issue too big for Parliament alone to decide, and therefore it was put to the public to exercise direct democracy.

As we know the nation voted to leave the EU – but in the absence of any manifesto stipulating what leaving the EU actually meant, the Prime Minister had to interpret the arguments made and respond with a proposal. The deal that was put before Parliament returns control of our borders, laws and spending, provides for an orderly transition, and retains a workable partnership with Europe that will enable us to establish an essential future relationship.

Where we are today is not where I wanted us to be. I want to see Britain playing a more influential role on the international stage, at a time when the world around us is getting more dangerous and complex. We are an outward looking country with a history of understanding and resolving the challenges that occur well beyond our shores. So, stepping away from an international organisation, such as the EU, even with the many flaws, does not seem logical.

Britain’s strength, developed over millennia is its commitment to democracy. Regardless of my own views it is my democratic duty as an MP to honour the referendum result by supporting this Brexit deal.

If this deal is not agreed by Parliament I cannot support Britain walking away with no deal. This would have detrimental impact on our economy, security and international credibility. The deal on the table therefore is the best available in honouring the referendum result.

If Parliament cannot agree to support this deal we must recognise that the original mandate to leave (taken over two years ago) will begin to date, and will soon no longer represent a reflection of current intent.

Once again I am grateful for constituents getting in touch. The complexity of this debate is reflected in differences of opinion at so many levels.

I have collated useful websites and phone numbers providing support and advice during this period. Please do not hesitate to email me at tobias.ellwood.mp@parliament.uk if you require further assistance.