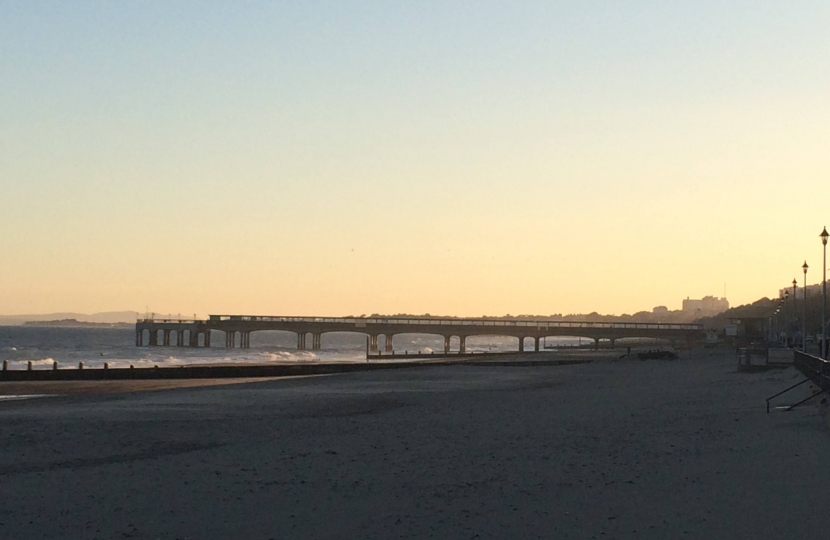 I am passionate about protecting and preserving Bournemouth's beautiful surroundings. In particular, our stunning coastline is the jewel in Bournemouth's crown and is what draws millions of visitors to the town every year and contributes a significant amount in tourism revenue to our local economy.

Over the last few years, I have helped to secure funding for extra flood defences for our coastline, publicly called for more to be done to protect our greenbelt and to encourage developers to invest in existing brownfield sites, and have joined local rubbish clear-up operations myself.

I have also been vocal about the persistent issue of traveller sites, which I strongly believe councils should have more powers to deal with. Whilst I do not take issue with the travelling community itself, pop-up traveller sites in Bournemouth and the surrounding areas in Dorset regularly cause problems revolving around excess litter, hygiene and cleanliness, damage to the fields themselves, and knock-on impacts on local residents with traffic congestion and noise levels.

My biggest campaign to protect Bournemouth's environment has revolved around the plans for the Navitus Bay Wind Farm. I always opposed these plans and was pleased that the plans were rejected some years ago, as they simply were not right for our area. Bournemouth's key industry is tourism, and I firmly believe that the plans for a wind farm would have impacted heavily on this appeal. On the other hand, there are plenty of other seaside towns that are less reliant on tourism, that are crying out for wind farms on their doorstep to create more local jobs. I therefore felt it would be logical to consider these locations first before threatening towns like Bournemouth where a wind farm development would be extremely detrimental.

To read my full written submission on the wind farm prior to the decision being made to reject the plans, visit this page: