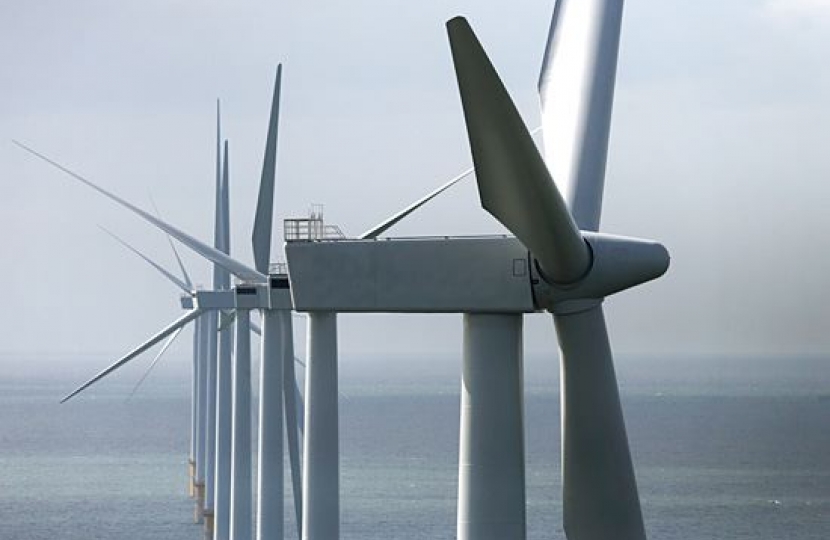 I have consistently and publicly opposed plans for the Navitus Bay wind farm development off Bournemouth's beautiful coastline. If elected I will continue to oppose these plans, and in my own written submission given during the planning process I set out all the reasons why. You can read the full copy of my submission (June 2014) below:

"I am writing to you in my capacity as the Member of Parliament for Bournemouth East to formally and officially express my opposition to the plans for a Navitus Bay offshore wind farm in Bournemouth.

Before setting out my arguments, I wish to emphasise that I am for the most part a supporter of offshore wind farms, which have the potential to supply the UK with a clean and renewable source of energy.

However, after attending numerous consultations and local residents’ meetings, and having already received many hundreds of individual pieces of correspondence from constituents opposing the plans, I do not feel that the benefits of this wind farm development outweigh the numerous negative implications for the local area.

My main objections are as follows;

In conclusion, I feel that the plans are not only insufficiently beneficial, but inherently damaging to the local Bournemouth area, and for these reasons I will be firmly opposing the plans.