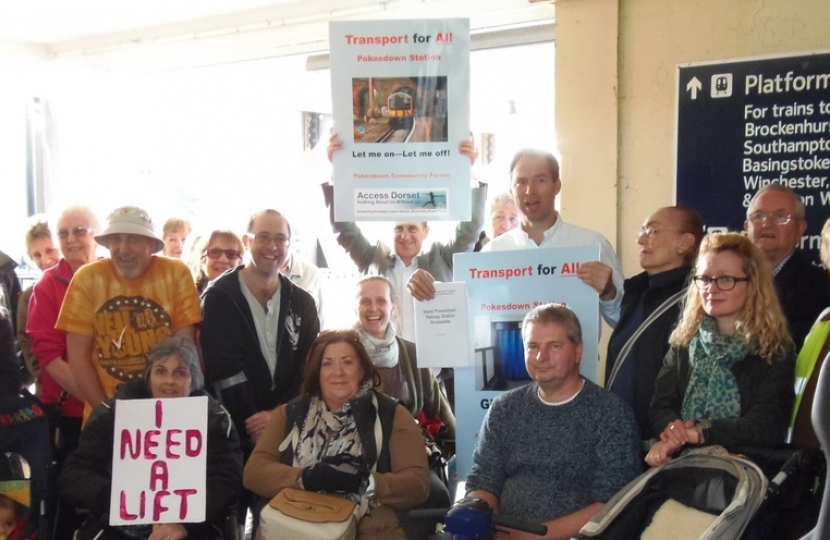 I am determined to continue improving local infrastructure in Bournemouth East. As our tourism industry continues to grow it is vital that transport access to the town remains suitable and is continually reviewed and improved. I have therefore campaigned heavily for access improvements to Pokesdown Station in Boscombe - securing meetings with the Transport Minister Baroness Kramer and with the rail industry, and hand-delivering a petition directly to Downing Street. I was therefore delighted that in early 2017 it was confirmed that the lifts at Pokesdown Station would finally be replaced, a fantastic result after a long and passionate local campaign from myself and residents.