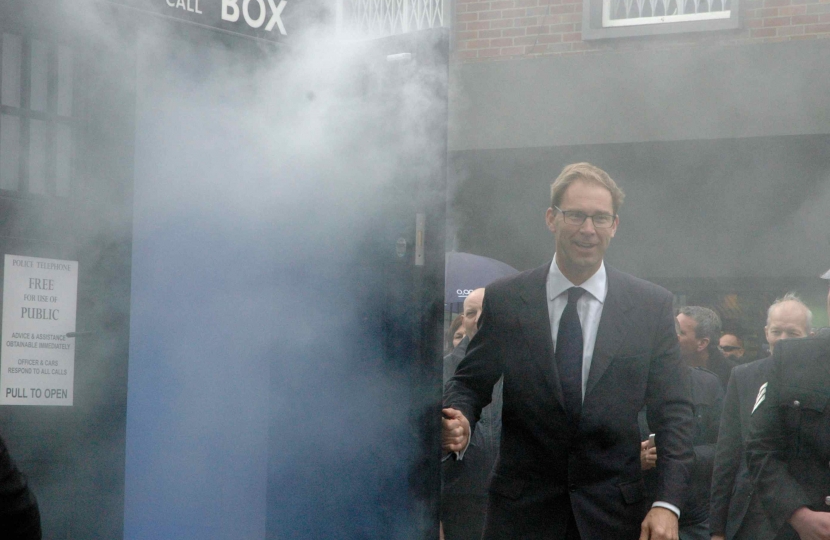 Tobias opened a new police box, similar to that made famous in the television series Doctor Who, in Boscombe this morning

The project was funded by donations from local firms. and is designed to act as "a highly-visible policing footprint", and tourist attraction.  Dorset Police have stated that the new Tardis is one of only two operational boxes in the country - the other being in London and it is aimed at reducing crime and the area and encouraging people to engage with the police.

Police boxes were first used in the USA, with the first UK box being opened in Glasgow in 1891. In 1953 there were 685 police boxes in London but they were later phased out although a new police box was installed by the Metropolitan Police outside Earls Court Tube station in 1996.

Dorset Police has said that they will endeavour to have a member of staff with the police box as much as is operationally possible during the trading hours in the precinct.