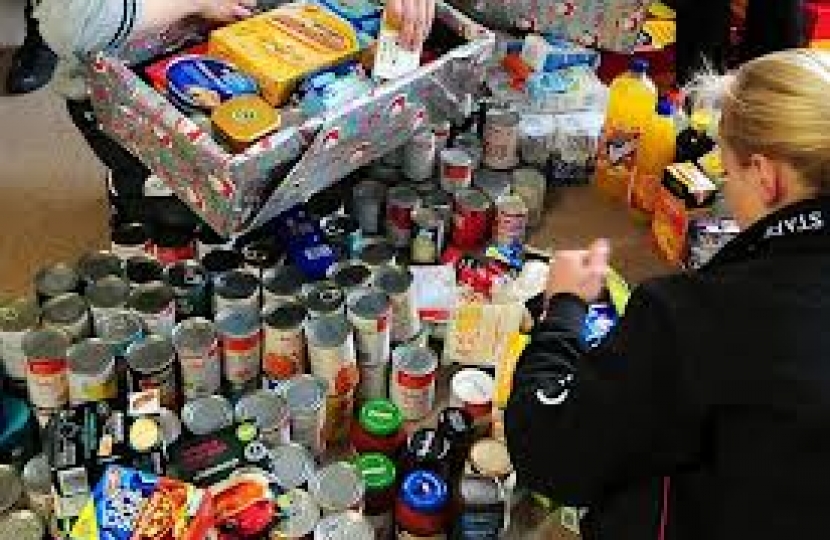 A speech prepared but not given in the Opposition Day Food Banks debate:
over 60 members requested to speak in this important debate but as Labour chose also to hold a separate debate on A&E’s in the same afternoon many Members were not called to speak.

Following the biggest economic downturn in memory, it is right to scrutinise the Government’s plan for recovery.  Such scrutiny must include a perspective, not just from the Treasury, The Office of Budget Responsibility, the business community or manufacturing, services industry. but also from those hardest hit, those who are out of work, and struggling to make ends meet.

I pay tribute to the Food bank in my Bournemouth East Constituency, based in the Queen’s Park ward, which I have visited the operation a number of times - both formally in my MP role and also to pass on donations, I have secured in visiting other businesses or events in Bournemouth.

I am always impressed with both the commitment of the staff who run it and the generosity of individuals and businesses, who donate to it. There is no doubt, Food Banks across the country, provide an important, short term (but sometimes longer) support mechanism, to individuals and families.

The concept of food banks is not restricted to the UK. They are now found, (perhaps with differing labels), across the world – including, Africa, Asia the Americas and also here in Europe.

Here in the UK the Trussell Trust established its first food bank in Salisbury in 2001. The number of people using food banks increased under the previous government tenfold. Today around 60,000 people use the facility the 380 Food Banks located around the country.  Whilst the increase in reliance should be of huge concern to any government, placed into a global context, it is proportionately far lower than in a number of comparable countries such as Germany, France, Canada and Australia. It is therefore with a little sadness that Labour chooses to turn this good cause into a political football.

The Trussell Trust recognised back in 2001 the difficulties a growing number of individuals and families were facing, as council tax doubled, gas bills rising as did personal debt. Sadly, Labour was in denial about the growing scale of the problem and tried to disguise it by refusing to grant Job Centre Plus the ability to sign post those in need to Food banks. A decision which has now been reversed.

There are four key areas contributing to financial pressure and consequently the rise in use of Food Banks:

In response to these four concerns this Government has:

In conclusion Mr Speaker, I am pleased to see in Bournemouth East the number of unemployed claimantsis down 334 from last year’s figure of 1,724. And whilst it is  welcome to see the announcement of record levels of employment this week, and the Office of Budget Responsibility forecast UK growth to be 1.4% this year (up from .6%) and 2.4% (up from 1.8). This Government should be ever minded of its responsibility to those who have yet to secure work and need the support of the state.