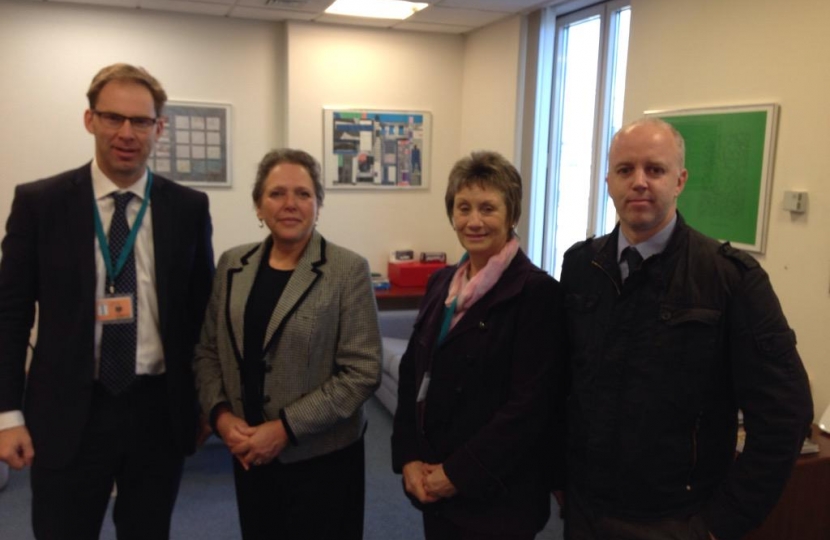 Tobias Ellwood was delighted to meet with Baroness Kramer on Tuesday 3rd March – the Transport Minister for rail issues – to discuss the current access issues facing Pokesdown Station in Boscombe.

The meeting, originally agreed with previous Transport Minister Stephen Hammond before the reshuffle in July and then changed to the new Minister, allowed Tobias and campaigners to discuss the issues facing the station and look at how it could be improved in the future.

“I am delighted to have met with Transport Minister Baroness Kramer as well as other prominent local campaigners, to discuss the accessibility issues facing Pokesdown Station in Boscombe. Some interesting points were raised that I will be taking forward, including strengthening the current bid for funding to upgrade the station lifts, as well as further lobbying of South West Trains whom I am told would be the main organisation pushing for a Pokesdown station upgrade.

It was interesting to hear that out of around 2,500 stations in the UK, only 20% currently have adequate step-free access. As Pokesdown station is not in the top 20% in terms of the volume of passengers using the station, we know that our bid will need to be watertight in order to attract the support and funding that it needs to ensure improvement works can be carried out. I also plan to speak with local businesses to discuss other funding options, and hope to continue making progress on this issue in the near future.”