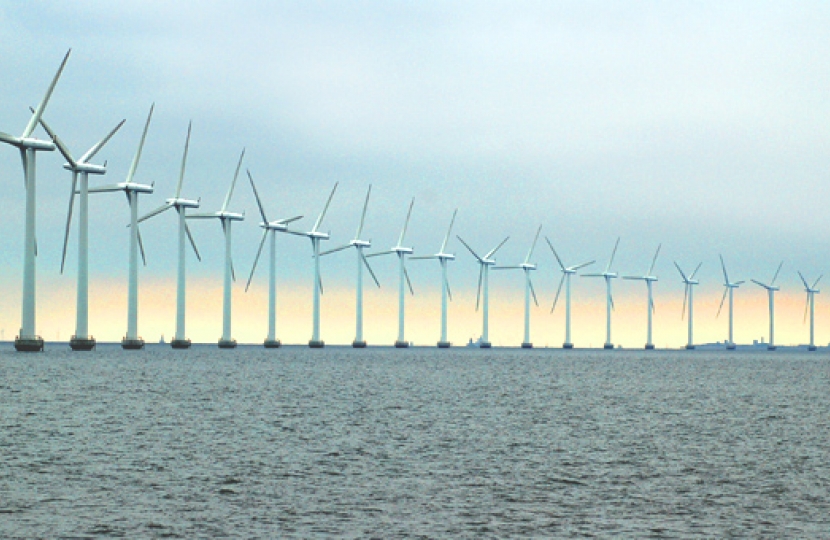 I am delighted with today’s decision from the Minister to reject the plans for a Navitus Bay offshore wind farm in Bournemouth. Local Dorset MPs including myself have consistently and publicly been vocal on the negative impacts that this proposed plans would have had on Bournemouth’s beautiful coastline, and the effects this would have ultimately had, especially on local tourism which is one of our biggest income generating industries.

My opposition to the development also encompassed the disruption to our coastline, which would have been particularly noticeable during the construction phase. This includes the added noise, construction traffic, and building works, and I was concerned about the effect this would have had on local citizens and tourists alike.

Our unspoilt, attractive seaside views, and our award-winning beach, undoubtedly play a large part in Bournemouth’s attraction for its 7 million visitors each year, which brings in a total of around £480 million in local spending, something that I feel would have been significantly negatively affected had this offshore wind farm development gone ahead.

Like many other people who opposed the plans, I am not and have never been against wind farms and renewable sources of energy in general; my objections apply to this specific location and project. I support low carbon energy production, but location of this specific project just did not make sense. An overwhelming number of the residents of Dorset made it clear that they did not want this wind farm built along their coastline, and we supported their views.

The decision process has been long and drawn out, but we are glad that the final decision will help protect local tourism and our beautiful coastlines.

Finally I would like to thank Dorset MPs, Councillors, activists and campaign groups for their hard work throughout this process to help put a stop to this development and protect our coastline, and in particular groups such as HENRA led by the formidable Bill Hoodless, a tireless campaigner on this issue. Other UK towns and cities are crying out for developments like this, and as such I encourage the unsuccessful firms to pursue other locations more suitable to such a development along their shorelines, where local residents would welcome the investment and it would not impact so heavily upon their existing local economy.