My thoughts on the Budget 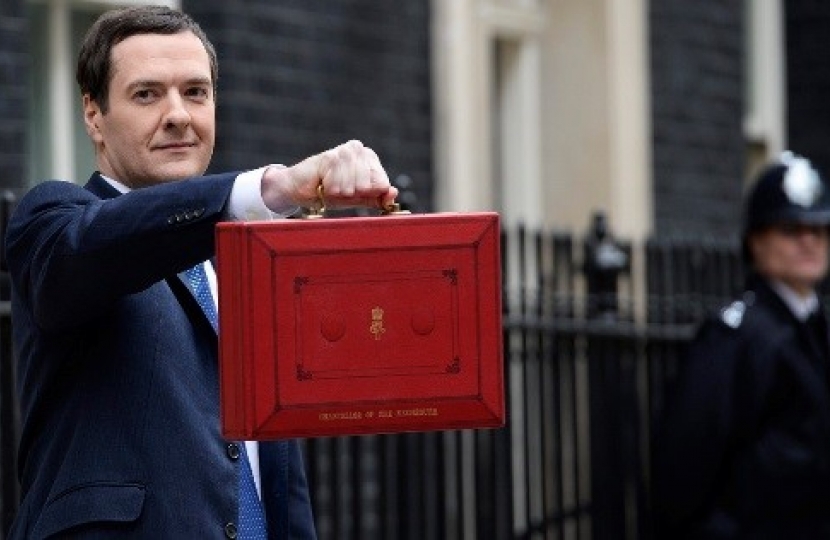 “This is a Budget that will put our country firmly on the path from a high tax, high welfare society to a low tax, low welfare society. It will provide a strong and solid foundation to secure a better future for people across the UK in years to come”

This latest Budget continues with our Long Term Economic Plan which has already cut the deficit by a half after the last Parliament. Over the last five years income tax cut for 8 out of 10 people, benefits capped to ensure that work pays, two million more people in employment, state pensions increased by £800, a million more pupils in a good/outstanding education and over 80,000 families with a home because of our “Help to Buy” scheme. I believe this budget will continue to make Great Britain Great and delivers security for working people.

This budget ensures the economic security of a country that lives within its means. It is a big Budget with a big ambition, and like myself I hope you fully support it.