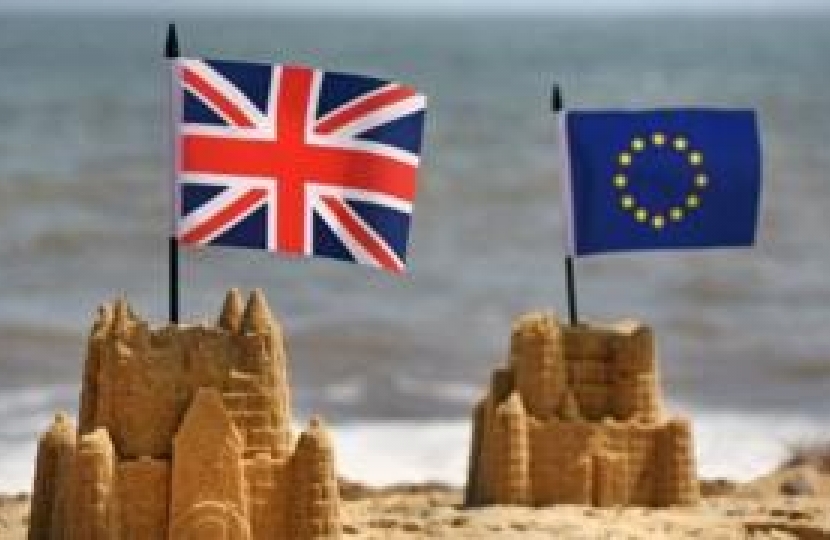 On Wednesday evening, like many others, I abstained from voting on all 8 Amendments that were put to the House as I believe the Prime Ministers Deal is the best way forward.  The Deal is not perfect, but it is our best option for honouring the referendum result.  This Deal would mean that we regain control of our laws and our borders, and are able to put in place our own agriculture and fisheries policies.  This is what the majority of people voted for in the referendum.  This Deal also maintains a strong working relationship with Britain’s closest allies, which is something that I have always been clear is of paramount importance to me.

Whilst reading through the thousands of emails, letters and postcards my office has received regarding Brexit, unfortunately there has been no clear majority for any of the options that are available to us moving forward. This is why I felt I could not support or oppose any of the 8 Amendments that were put to Members of Parliament on Wednesday evening. However it is important to remember that this is not about one side winning or losing, this is about finding a deal that is workable for everyone, regardless of how they voted.

The results of Wednesday’s indicative vote found that there was no majority for any of the 8 amendments put forward by either side of the house. This included the options for leaving with no deal, a Norway Plus model, a permanent customs union, revoking Article 50 and a second referendum. If we are to move on and make progress, everyone in Parliament needs to be more flexible and willing to compromise.  First and foremost we must honour the referendum result and leave the European Union.

I do not feel a second referendum is what this country needs at this stage.  Whilst last weekend’s march, and the millions of signatures on the recent petitions are significant and important, unfortunately they do not tell us anything we did not already know. Millions of people are passionate about this issue and do not want us to leave the European Union, however millions of people do want us to leave. Ultimately the vast majority of MPs were elected on manifestos that promised to deliver our exit from the EU.

It is important that we get on with passing the Prime Ministers Deal, to get us out of this current state of limbo, and to allow constituents and businesses (both small and large), a chance to prepare before we leave. Ultimately the clock is ticking down and both Parliament and the public need to get back to concentrating on the things we have always been passionate about such as Health, Defence, Education and local communities.

Many voted down May’s Deal in the past as they thought there were alternatives that had not been explored yet, however as we saw last night there is no majority for any one of these.  I have always been consistent in my view that this deal will give us what people voted for, which will allow us to get on with focusing on the new opportunities Brexit can open up for us.

On 10th May the Prime Minister addressed the nation with an update on the latest Coronavirus measures and future plans.

The Prime Minister said that we must stay alert and we must continue to control the virus and save lives.