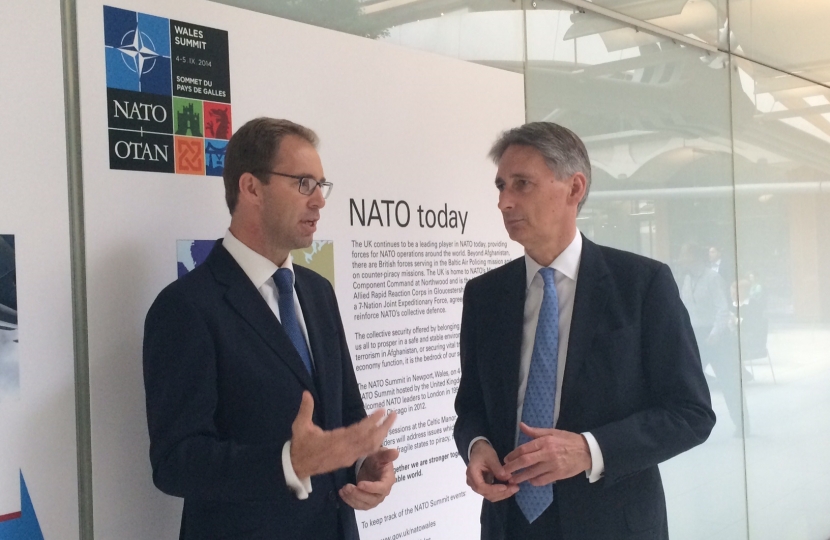 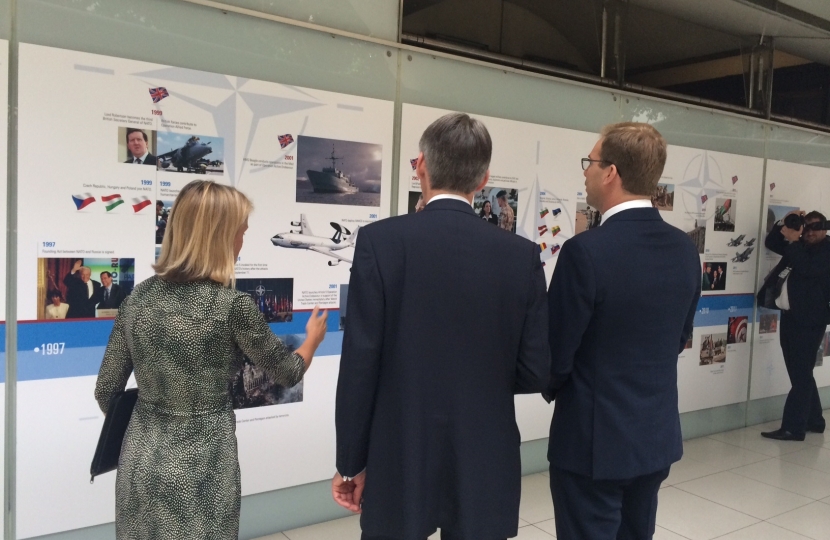 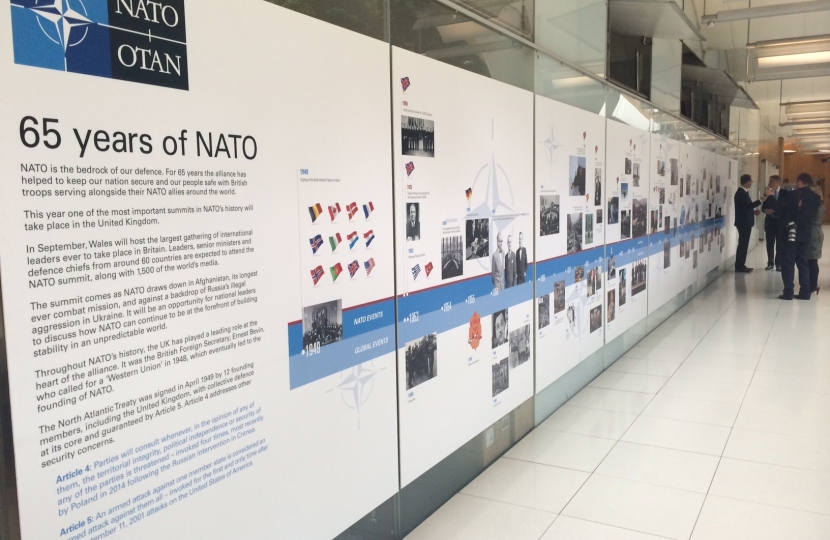 Yesterday, I joined with the Secretary of State for Defence, Philip Hammond, in launching a Parliamentary exhibition to celebrate the 65 year anniversary of NATO. As the Prime Minister’s Parliamentary Advisor on this year’s NATO Summit (being held in September in Newport, Wales), I have a particular interest in celebrating the contribution of NATO to keeping Britain and Europe safer.

Since its creation in 1949, NATO has been an important force in Europe, with troops from all member states serving together in conflict situations from the Baltics to Afghanistan. In recent years, this role has increasingly extended to also training security forces in fragile states such as Libya, an incredibly important responsibility in what can be an uncertain and unstable world.

It is important to remember that NATO was created to unite and protect European countries, and to ensure that the horrors of the two World Wars at the start of the 20th Century could never be repeated again. In recent times with developments in countries such as Ukraine, it is even more vital to ensure that we protect our European allies from unprovoked and illegal aggression. As the saying goes, ‘united we stand, divided we fall’.

It is poignant that the last time Britain hosted a NATO Summit, it was the first summit since the fall of communism. The recent crisis in Crimea demonstrates that once again, there is instability on Europe’s eastern borders and we must work collectively to support and protect our European allies.

I am delighted to honour the great work NATO has done, and will be working with the Prime Minister and others to ensure that when we host the NATO Summit in September, this vital work to keep Britain and Europe safe is not only recognised and celebrated, but nurtured for the foreseeable future.