Reflections on the EU Referendum. 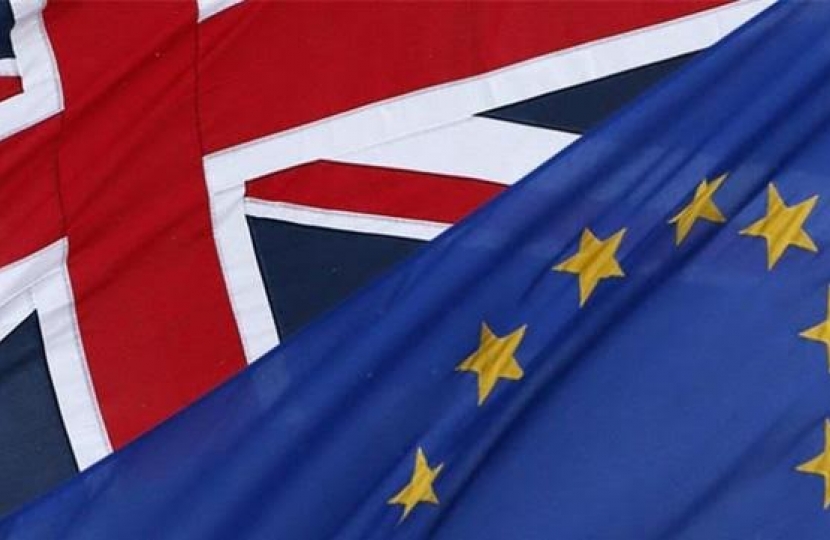 We voted. And participated in one of the biggest democratic exercises in our history, with more than 33 million people having their say. Rightly some decisions are of such magnitude, we cannot leave it just the politicians but must instead listen to the people.

Yet to the surprise of many, both in the UK and across the world, we have chosen to exit the largest trading organisation in the world. This was not the result anyone expected, indeed some who voted for Brexit expressed immediate regret, given their intention was simply to 'send a message to the establishment.' On Friday 24th June, there were no street parties or dancing in Trafalgar Square but an air of shock and apprehension as we stepped into the unknown.

To be clear, it is not the result I campaigned for. Over the centuries Britain has done more than any other country to promote liberty, the rule of law, and free markets. We are an international power that embraces the strength found in mutual commitments. By working through international organisations we are able to amplify our global reach and maximise our influence. We have an international reputation as being fair, knowledgeable about international affairs, engaged and committed.

But there can be no doubt about the result and as the Prime Minister said the whole nation must accept it. The breakdown of the result, given its long term impact is also worth noting. 56% of those under the age of 50 voted to remain. And this reflects perhaps one of the biggest challenges facing voters- what was fact and what was fiction. It became clear during the campaign how little we all actually know about the EU. The true benefits it provides us versus the recognised disadvantages of seeking consensus with 27 other nations.

The campaign became a race to educate a nation fed on a diet of anti-Brussels news by a euro-sceptic media over decades. As a nation we repeatedly elected MEPs who promised to fight Brussels rather than fix it. Rather than rally allies to cause reform we alienated ourselves thus limiting our ability to affect reform. If there is a silver lining in our departure it is the wakeup call to Brussels that it must become more accountable, more competitive, more transparent and less political if the single market is to survive.

The understandable decision by the Prime Prime Minister to resign has triggered a new leadership contest within the conservative Party. It will therefore be for the new Prime Minister to trigger Article 50 at a time when Britain's interests are best served. Given the entire party accepts the referendum result, there is no longer a 'Brexit' or 'Remain' camp and under the current rules it is for MPs and Party Members to decide who is best placed to unite the Party and lead the country through the challenging period ahead. There should be no conditions set on where any candidate stood in the referendum.

We cannot deny we are entering a period of instability. Our international economy has been engineered towards maximising the opportunities presented by participation in the biggest single market in the world. So it is important everything is done to ensure we secure a new trade agreement as quickly as possible which will include access to the Single Market and so called 'passporting' rights for our financial services. I fully expect the legal status of EU nationals living in the UK and that of UK nationals living in the EU will be properly protected.

In recognising the referendum result and the challenges ahead we should take confidence from the fact that Britain is ready to confront what the future holds for us from a position of strength. Thanks to Government's long-term plan, we are now one of the strongest major advanced economies in the world, and we are well placed to face what lies before us. We have low, stable inflation. The employment rate remains the highest it has ever been. The deficit is down from 11% of national income and forecast to drop below 3% this year. Our financial system is also substantially more resilient than it was six years ago during the banking crisis. The Treasury, the Bank of England and our other financial authorities have spent the last few months putting in place robust contingency plans to ensure UK institutions have enough capital and liquidity reserves.

As we embark on this generational change to Britain's outlook, it is important for the new Prime Minister to articulate what our new vision will be, the place Britain wants to take on the international stage, and the global partners we must further our relationships with in order to guarantee the security, and prosperity, of this country.