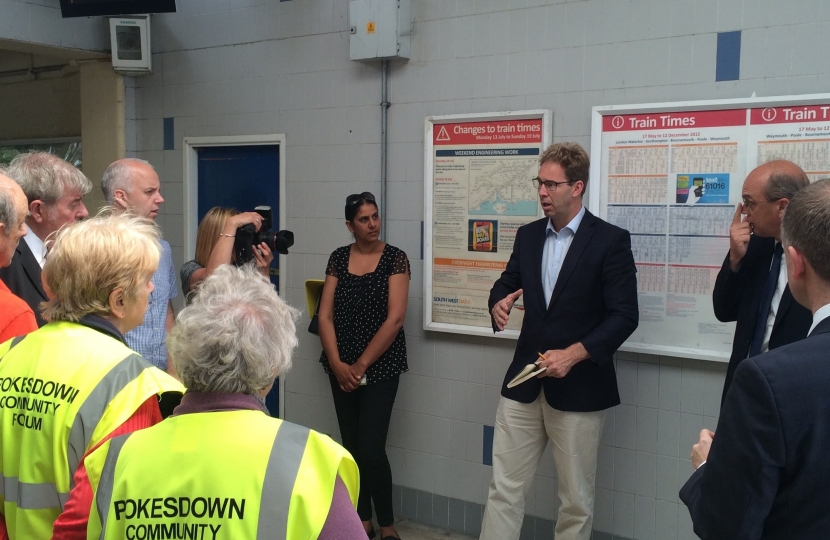 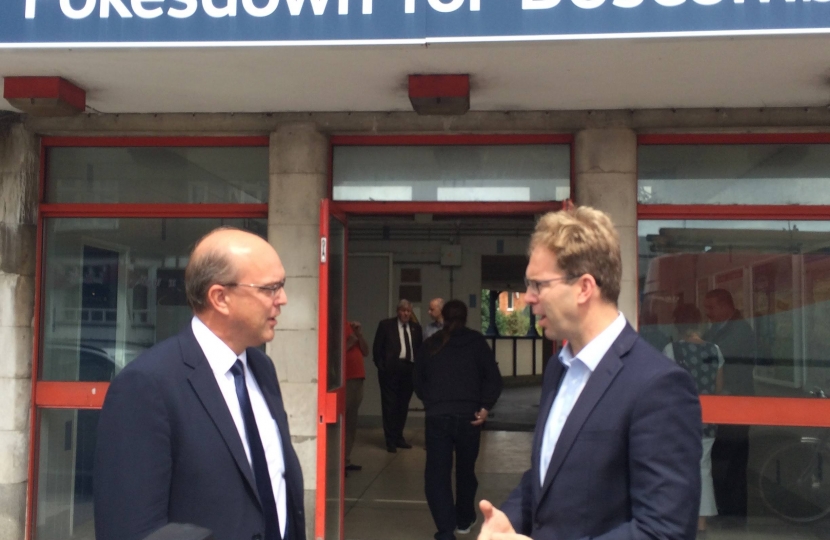 On Friday I had a very productive meeting with Directors from both South West Trains and AFC Bournemouth. It was great to bring the two together to discuss Pokesdown for Boscombe station and possible improvements for the future. As the main train station for AFC Bournemouth fans and stadium visitors, with AFC Bournemouth’s fantastic promotion to the Premier League the station has become increasingly busy and in need of a bit of a makeover!

Firstly, I am delighted to confirm that, after some hard campaigning and a number of meetings with both South West Trains and Network Rail, new lifts will be built for Pokesdown station, with works commencing next year. This is a fantastic result and a much-needed upgrade for the station to meet the needs of its increasing number of station users.

This led me to think of what more we could do to cheer up what has until now been a rather lifeless and run-down local train station. This culminated in my meeting on Friday, where the following options for the station were discussed;

I felt that this meeting was very productive and if implemented, the plans discussed would cement AFCB’s commitment to stay in their current location at the heart of Bournemouth.