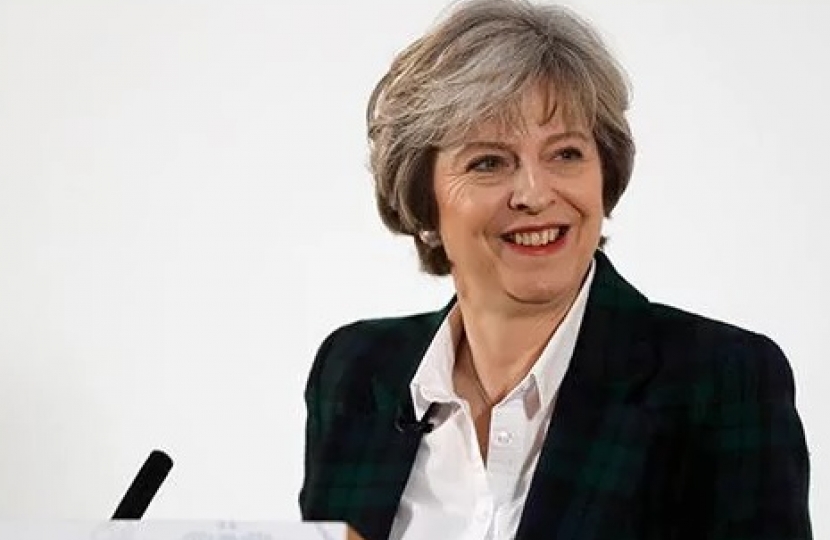 For those that missed it, yesterday saw Prime Minister Theresa May set out the Government's 12 point negotiating objectives for Brexit. A summary of the points are below and set out a clear idea of the British Government's plans to approach the issue, in the most thorough and mutually beneficial way possible.

The referendum last June was a vote to leave the European Union. And whether on an individual basis we disagree with the outcome, we have to accept that it was a democratic national vote and it is therefore the job of this Conservative Government to deliver that decision and to get the right deal for Britain.

The British Government's negotiating goals are summarised as follows;

1. Certainty: The Government will put the final deal that is agreed between the UK and EU to a vote in both Houses of Parliament, and will provide as much detail and certainty as we can on what is agreed.

2. Control of our own laws: Ending the jurisdiction of the European Court of Justice in Britain.

5. Control of immigration: We will continue to attract the brightest and the best to work or study in Britain but we must ensure appropriate control over European migration to the UK.

6. Rights for EU nationals in Britain, and British nationals in the EU: we want to guarantee these rights as early as we can. We have told other EU leaders that we can offer EU nationals here this certainty, as long as this is reciprocated for British citizens in EU countries.

7. Protect workers’ rights: as we translate the body of European law into our domestic regulations, we will ensure that workers’ rights are fully protected and maintained.

8. Free trade with European markets: Pursuing a bold and ambitious Free Trade Agreement with the European Union. This agreement should allow for the freest possible trade in goods and services between Britain and EU member states. It cannot mean membership of the EU’s Single Market. That would mean complying with European Court of Justice rulings, free movement and other EU rules and regulations without having a vote on what those rules and regulations are. And because we will no longer be members of the Single Market, we will not be required to contribute huge sums to the EU budget. If we contribute to some specific EU programmes that we wish to participate in, it will be for us to decide.

9. New trade agreements with other countries: allowing Britain to become a global trading nation, striking trade agreements around the world. Through the Common Commercial Policy and the Common External Tariff, full Customs Union membership currently prevents us from doing this – but we do want to have a customs agreement with the EU.

10. The best place for science and innovation: Continuing to collaborate with our European partners on major science, research and technology initiatives.

11. Co-operation in the fight against crime and terrorism: A future relationship with the EU including practical arrangements on matters of law enforcement and intelligence.

12. A smooth, orderly Brexit: we want to have reached an agreement about our future partnership by the time the two year Article 50 process has concluded. From that point onwards, we expect a phased process of implementation. We will work to avoid a disruptive cliff-edge.