My thoughts on the EU 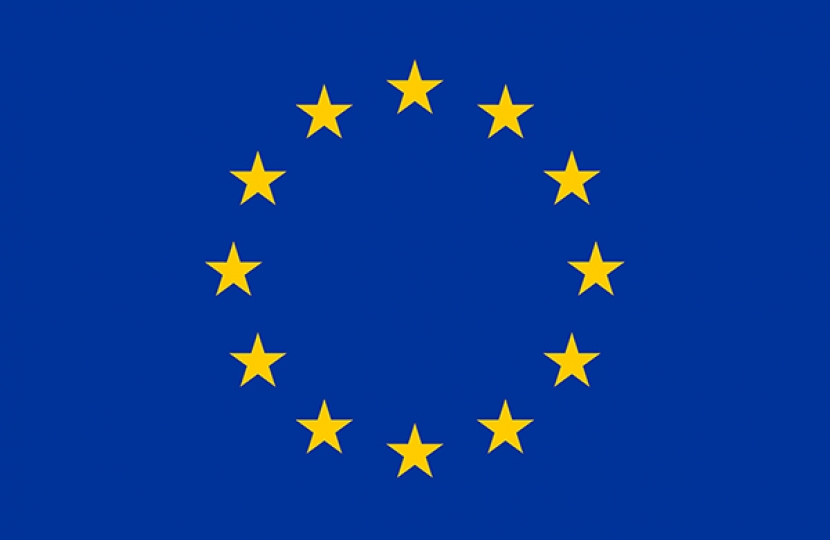 Over 40 years have passed since we as a nation first voted on our relationship with Europe, and thanks to this Government we will have to opportunity to do so again on 23rd June 2016.

Much has changed since 1975, and it’s right that this generation should have the opportunity to reconsider and debate these matters, and ultimately command to Westminster how they feel our relationship with the European Union should develop.

As the Prime Minister spelled out in Parliament this week, our negotiations with EU partners have secured a number of changes including:

·         Getting Britain out of an ‘ever closer union’, and giving national parliaments the power to work together to block unwanted EU laws.

·         Making Europe more competitive by cutting red tape, in particular for small business – which would mean we can create more jobs and security for working people in Britain.

·         Protecting Britain as the Eurozone continues to integrate – ensuring British taxpayers will never be required to bail out the Eurozone, and that British businesses can never be discriminated against because we are not part of the Euro.

·         Putting an end to the ‘something for nothing’ welfare culture for EU migrants. By ensuring EU migrants can no longer claim full in-work benefits for the first four years, and that Child Benefit can no longer be sent overseas to Europe at UK rates, we can control immigration from Europe.

·         Requiring EU migrants to leave Britain after six months if they haven’t found work and have no genuine prospect of finding a job. And stopping EU migrants from being able to claim Universal Credit while looking for work.

This new deal also means we will never join the Euro, never join a European Army, and never be part of the Schengen borderless zone. In affect these changes mean Britain has secured a unique set of parameters which allow us to be part of a Europe that work for us, and critically in the driving seat of the world’s biggest single market. Whilst also being ‘out’ of the parts of Europe that no not work for us such as the Euro, Eurozone bailouts and passport free open borders.

There are many, including myself who have been frustrated by the influence, bureaucracy and unaccountability of the EU – but that does not mean you should walk away without carefully thinking of the consequences. Britain is successful trading nation and of course could survive outside the EU. The question is would we be stronger, safer and better off in or outside the EU?

Taking each of these points in turn:

Firstly, what does it say about a country that is admired and respected across the globe for our leadership, presence and international influence if we turn our back on one of the largest organisations in the globe? Britain plays a pivotal role in organisations such as NATO and the UN; the EU should be no different.  This helps exert British influence - a vital tool to boost our nation’s power in the world and increases our ability to advance Britain’s interests to protect our people, sell our goods and services, generate jobs and to raise our people’s standard of living.

Secondly, we will always depend on NATO as the cornerstone to our nation’s defence.  But today we face a myriad of threats to our security, from terrorism to organised crime, from human trafficking to cyber-attacks. We defeat these threats by collaborating together, by the closest possible co-operation between countries, especially with our closest partners in Europe.

Thirdly, Britain will be better off remaining in a reformed Europe than we would be out on our own, because British businesses will continue have full access to the free trade single market of 500 million people. This brings jobs, investment, lower prices and financial security to our country. Those who want to leave cannot say whether we would still have access to this free trade single market, or on what terms. If we did depart it would take years to secure legal agreements with 27 countries - Switzerland's deal took eight years to complete. Ultimately if we were to leave, it’s not in Europe’s interests to give us all the benefits of membership without any of the responsibilities.

Most importantly, this decision will be made by the British people, and not politicians. There is no doubt that this will be a once-in-a-generation chance to shape the future of our country.