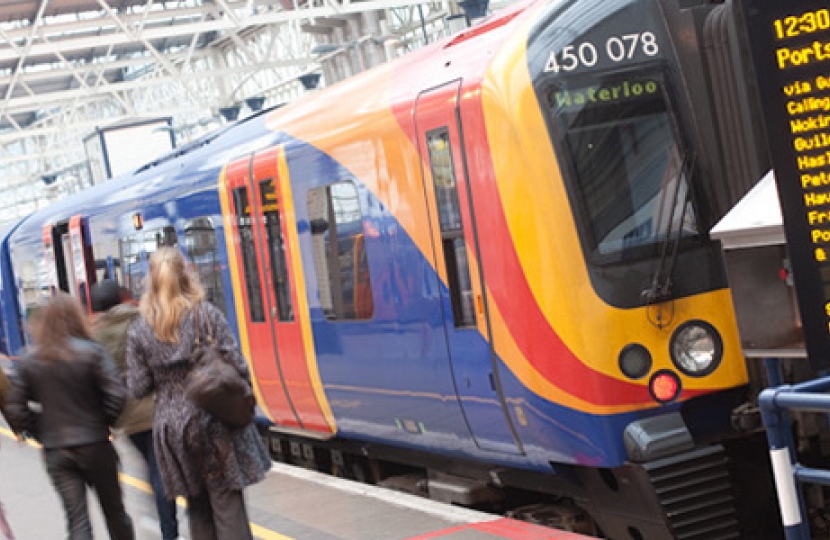 For anyone travelling or commuting between London and Bournemouth, the journey time can be frustrating. Despite being only around 100 miles between London and Bournemouth, the journey takes on average just under 2 hours. Some train journeys of 3 hours also still also run between the two. In comparison, in 2 hours you can also reach Manchester from London; a journey almost 70 miles further.

When raising this issue before, it seems that a big problem is bottle-necking at Woking – affecting trains to Bournemouth, Southampton and Portsmouth amongst others. I believe that for Bournemouth to continue growing so noticeably as a business hub and thriving economy of the south, these rail times need to be reduced to make it more appealing and convenient to journey between the two.

I am therefore seeking a meeting with South West Trains and other involved service operators to talk about the much-discussed idea of building either a flyover or underpass at Woking. This would allow trains to pass through this vital interchange more quickly and efficiently and reduce the journey time to key south-coast destinations such as Bournemouth. Having ‘express’ trains would also be far more feasible if trains could pass through key interchanges such as Woking more easily.

I hope to be able to discuss this issue as soon possible. In the meantime, I always appreciate feedback on issues such as these. I read comments on my Facebook page regularly, and of course if you are a constituent of mine you can contact me by emailing tobias.ellwood.mp@parliament.uk and I will respond as soon as I can.