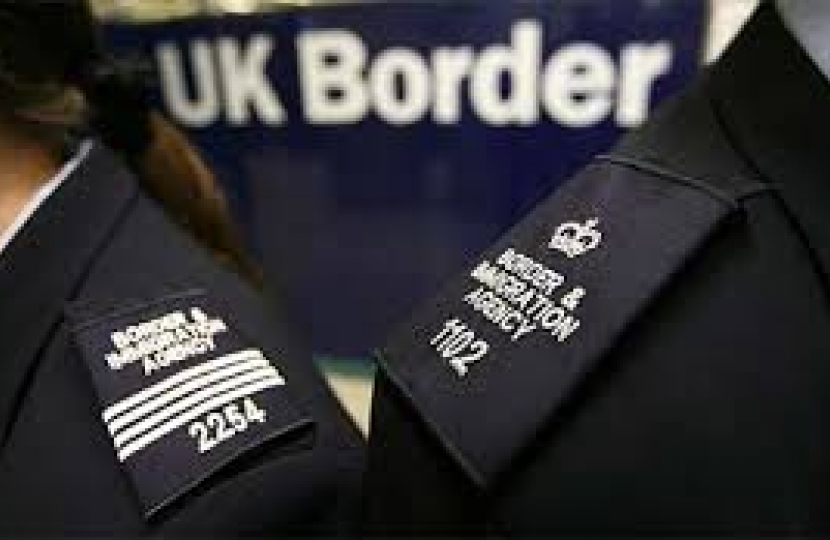 Migration is a sensitive subject at any time but the end to transitional arrangements with Bulgaria and Romania has seen battle lines drawn between the 'little Englanders' with a seemingly isolationist, anti-EU approach and the 'Open Doorites' justifying an over reliance on migrants to keep Britain working and to remain internationally competitive on the left. As with most arguments of the extremes, common sense lies somewhere in the middle.

The unintended consequence of promoting radical solutions such as leaving the EU, will damage Britain's international reputation as a business location of choice and British influence abroad, as the perception will prevail (indeed be promoted by other competing countries) that Britain is not open for business.

Conversely, Labour's 'open door' approach to migration (seemingly supported by the Lib Dems) has had a dramatic impact on Britain. Fuelled not just by Blair ignoringthe right to impose a seven-year entry ban on new EU member states but also (still not fully appreciated), allowing twice as many entrants to arrive from  other EU countries as from non-EU countries.

Britain today is the product of a rich legacy of (voluntary and occasionally involuntary) immigration; from the Angles, Jutes and Norsemen in the dark ages to the Normans, Jews and Huguenots in the middle ages, Italians and Irishman in the 1800's and more recently: Caribbean and Asians. Indeed, in the absence of any home-grown candidates, on more than one occasion we have invited a (royal) migrant to lead the country.

Since the war European security has improved and Britain has prosperedthanks to expanding trade links with Europe. We have championed the case for bringing nations which languished behind the Iron Curtain into NATO and the EU. And we have been one of the creators and strongest supporters of a single market. It's inour interests for our citizens and businesses to have full and free access in other European countries.

As a seaside town Bournemouth is reliant on overseas as well as domestic visitors. It is served by an international airport, with a university internationally recognised for digital and creative arts. The biggest employer is a US bank, our water company is Malaysian owned, the public bus service French owned and the football club - Russian owned!

It's thesheer scale that distinguishes today's migratory flows from our past. Over one million Eastern Europeans have entered Britain in the last decade which dwarfs any previous spikes in migration. Once here, the ease with which migrants found work was another Labour clanger, thanks to the dog’s breakfast of our benefits system which meant Britons who gained part-time employment ended up worse off. A generation was effectively uninspired to work, creating a skills gap quickly filled by migrant workers. In the five years leading up to the economic down turn, morethan 90% of new jobs went to foreign nationals.

The EU must wake up to these migratory flows. The out of date practices governing EU expansion meandisparity between new member states income per head and existing states results in many abandoning their own country for a richer one. This is not in the spirit of the single market - the EU should legislate against new entrants gaining full access to other labour markets until their own economic fortunes are growing.

Britain, with its increasing ability to influence the EU agenda and lobby behind the scenes (the South Korea trade deal, T-TIP,first ever reduction in EU budget andEU patent agreement –were all BRITISH-led) is well placed to call for such change. That, of course, will be too late for Bulgaria and Romania where, despite much speculation, potential migration numbers remain difficult to predict.

Bulgarians and Romanians already have access to the UK and visa-free travel from these countries has existed since 2007, as has the right to work here for the self-employed, seasonal agricultural workers and those with particular expertise such as doctors and nurses. Comparisons with the numbers of Polish migrants in 2004 are misleading as restrictions have ended for all EU countries - not just the UK which was alone in opening up access in 2004.

Thanks to this Government, past errors (such as erroneous student visa applications and sham marriage applications) are being rectified and net migration is down by around 1/3. Immigration from outside the EU is at its lowest level for 14 years. The previously dysfunctional Border Agency has been upgradedmaking it easier to deport offenders and requiring those staying longer than 6 months to pay a visa surcharge to cover any NHS costs. Additionally, as recently announced by the Prime Minster, thewelfare system will not be accessible to migrants for the first three months- and then only for a maximum of six months, unless they can prove they have a genuine prospect of employment.

Sensible immigration policy should not be determined by fear or knee jerk responses that might damage our international standing. It should be rational, controlled, and in the interests of those who already live here, whilst also providing an illustration that Britain is very much open for business.