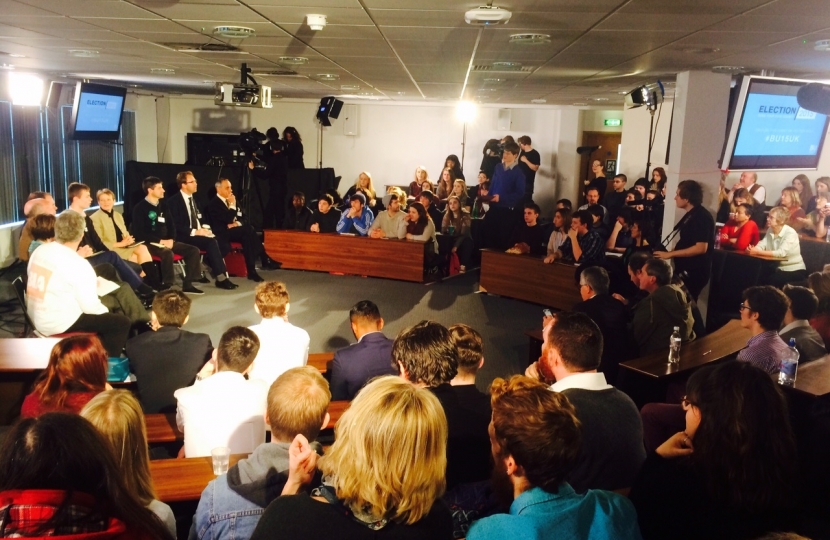 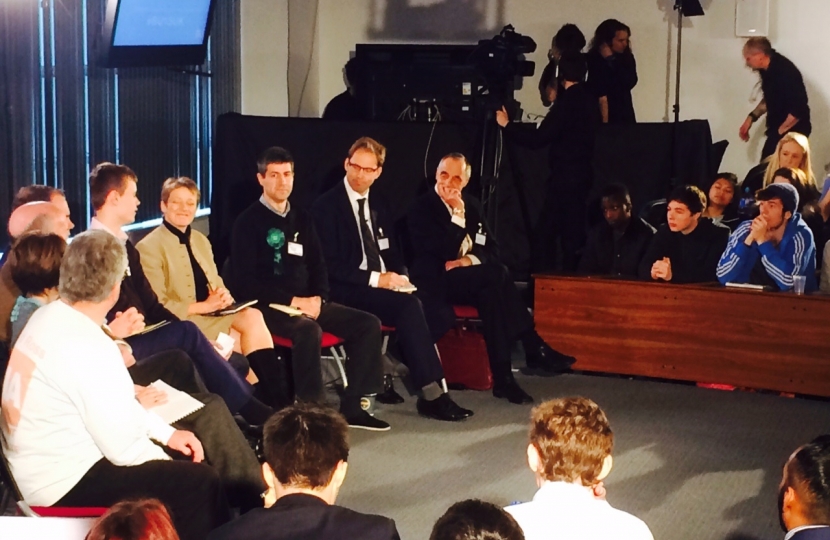 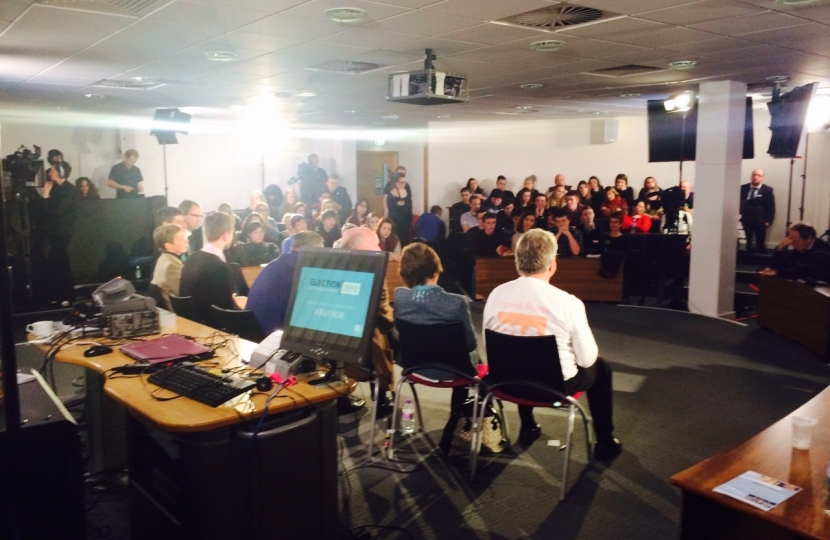 Last week I took part in a fantastic and very lively debate at Bournemouth University. The debate panel involved myself, other MPs and MEPs, and Parliamentary Candidates for the 2015 election, and formed part of Bournemouth University's drive to involve more students in local issues in the run up to the election.

The students in the audience asked some very insightful - and at times tricky! - questions to the panel and I thoroughly enjoyed having the chance to debate with them and listen to their opinions on the issues that matter to them most.

I was also impressed by the professionalism of the student production team who did a great job not just on the day itself, but also in the debate publicity work and the production of the video afterwards. I hope I have the opportunity to do many more of these in the future!

To watch a full video of the debate, click here: https://www.youtube.com/watch?v=9Nvqvx9PTPQ